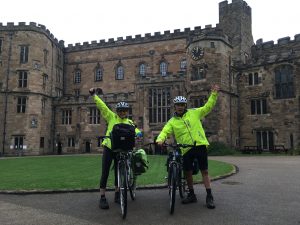 We made it! We’re in one piece – no disasters!

Had a good ride from Stockton-on-Tees mainly off road on some great cycle tracks. First part was on NCR 1 and on tarmac 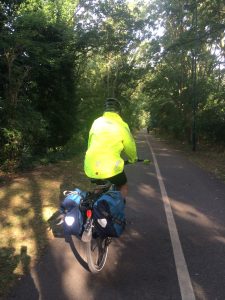 but rather a lot of these annoying barriers! 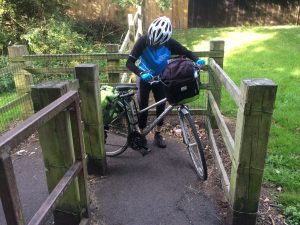 These gave way to rougher surfaces and at one one point Nigel did come off a couple of times but slithered rather than fell. No damage but a bit shaken. 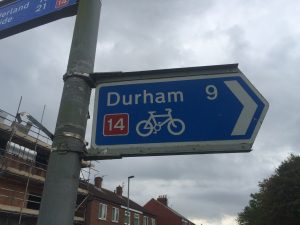 Some local lads asked us what we were up to and informed us that we were
bonkers. Too right. 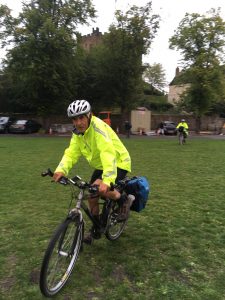 Sarah was there and had organised a great welcome. 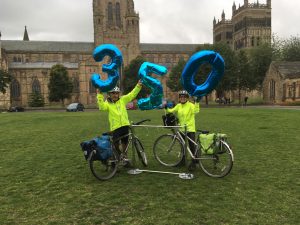 Now all that remains is to say a massive thank you to everyone who has supported us in so many ways, cheered us on and made such generous donations. Thank you for reading the blog and thank you Jonathan for making it possible.

Finally, a tribute (from Debbie) to Nigel’s determination and perseverance in doing this. Although it’s been great fun it has been incredibly hard at times, as those of you who are also grappling with Parkinson’s will understand only too well.  Undertaking and completing this journey has been a fantastic achievement.