If you would like to sponsor Nigel and Debbie we invite you to visit their sponsorship page to support the Oxford Branch of Parkinson’s UK.

You can also see the complete album of photos from the trip.

Nigel and Debbie Hamilton are cycling from Oxford to Durham during August 2017. You can sponsor them via this link or download their information leaflet. Stay tuned for more information nearer the date!

We’ve been working hard to let everyone know that this year marks the 200th anniversary of the publication of An Essay on the Shaking Palsy by James Parkinson. He was a remarkable man: an east London surgeon, apothecary, social activist and fossil hunter.

For people with Parkinson’s, that’s not the only 2017 anniversary! It’s also 20 years since the role of the protein alpha-synuclein in some genetic forms of Parkinson’s was first elucidated.

Finally, we can neatly tie the Parkinson’s and cycling themes together because 1817 also saw the unveiling of Baron Karl von Drais’s new invention the Draisine, the first ever vehicle with two wheels in line. Here’s the Baron himself, apparently taking a pleasant tour around the Mannheim countryside:

We’ve created a link which is much shorter to type/remember/spell. So if you want to catch up with us on the journey, just type bit.do/gonorth into your address bar and you will be there!

Only 2 weeks to go now until we set off. Just practising taking off the wheels, changing the inner tube and replacing them. Front wheel is a lot easier than the back so hoping all our punctures are on the front. Better still no punctures at all! 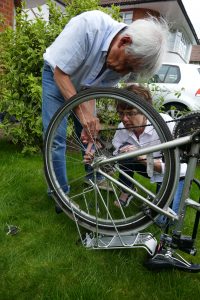 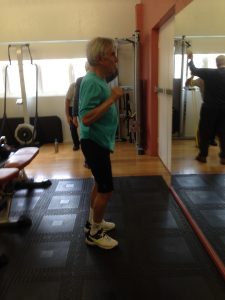 Nigel at the gym. He’s been cycling there and back as well to get into training (3.5 miles each way) 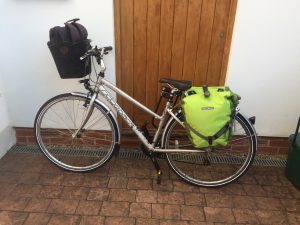 Got everything in OK. Checked the route. Planning to leave at 9.00 tomorrow morning heading for Upton near Banbury. 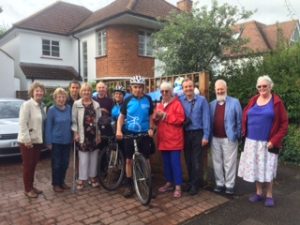 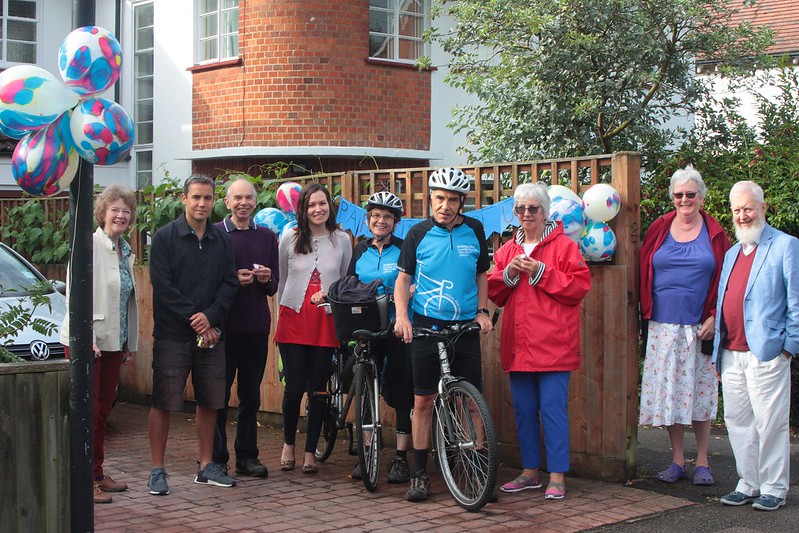 Family and a few friends showed up to send the adventurers on their way. Heavy overnight rain stopped just in time, with a day of fine (albeit windy) weather in prospect for the first leg to Banbury or thereabouts. 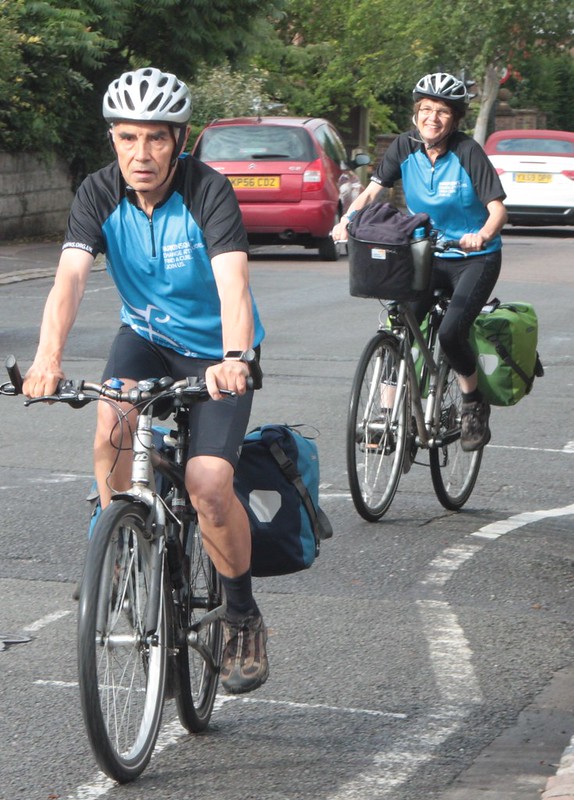 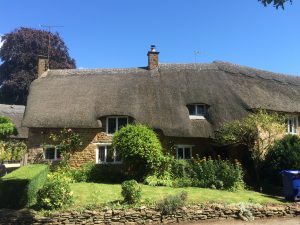 Safely arrived in Upton. Bit knackered but no disasters. Thanks to everybody who got up early this morning to give us such a wonderful send off from Squitchey Lane. Also thank you to everyone for their fantastically generous donations and for all the encouragement and support you have given us.

We had a really good ride today. The weather was perfect and we have been through some lovely countryside and lots of picturesque villages (see pic above). We picked up NCR 5 at Bedbroke which took us to Bloxham. Some was off road and quite tricky after the rain but Nigel coped really well. After Bloxham, there were more hills and we were getting tired so the last part was quite tough.

Tomorrow we’re going to Leamington and will stay with Nick and Ann. Not so far as today and maybe less hills (some hope) 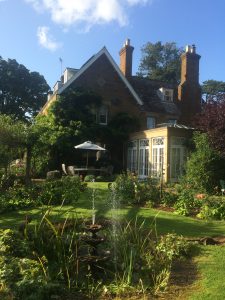 Arrived safely in Leamington Spa. One or two slight hitches but no major disasters. The plan was to pick up NCR 48 after Edgehill but we managed to sail past the turning as we flew down a steep hill which of course entailed pushing the bikes back up to get ourselves back on track. This made a slightly dispiriting start to the day!

Generally the waymarking was not as good today so there was rather more stopping to read the map. There was also some really heavy downpours and Nigel’s chain fell off! On the plus side, there was some lovely sunshine between the rain and lots of quiet and beautiful lanes and paths. We navigated the tow path beside the Grand Union successfully.

Lovely to be with Nick and Ann this evening. Now dried out, clean and having a beer! Tomorrow is a city day. Warwick, Kenilworth, Coventry and Nuneaton. 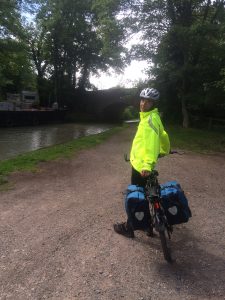 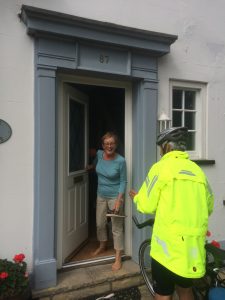 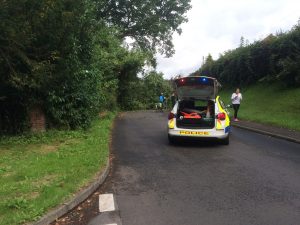